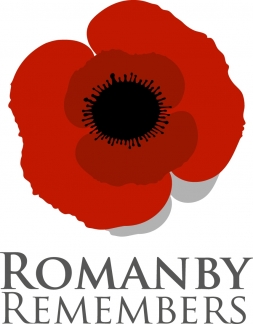 We thought you may like to read a very powerful and emotional sermon given in 2012 our our wreath laying ceremony. It was this particular sermon and the way Danny brought the men to life, coupled with the Heritage Lottery Fund's (HLF) initative that led Councillor Stuart Bradnam to the idea of making the bid to the HLF to get funds to do the work for the wonderful Memorial Garden project we are involved with at the moment.

In my teenage years I went to Queen Elizabeth’s Grammar School for Boys in Mansfield.  One thing that was very important at our school was remembering.  You see the school was not named after Queen Elizabeth the second but after the first Queen Elizabeth. Our school was over four hundred years old and that sense of history was very important to the school.  Every morning the whole school gathered for assembly in the oak panelled Great Hall. Engraved in gold leaf around the hall were the names of all the school head boys since its founding as well as the names of boys who had gone up to Oxford and Cambridge. The houses in the school were all named after old boys, two of whom had become Archbishops of York. As we went through the school we came to appreciate the importance of all this remembering. Because the boys and staff who had gone before us had made the school what it was today. That remembering of those who had gone before us gave us our sense of identity as a school and as pupils at that school.  On the playing fields of the school was a cricket pavilion that had been erected as a memorial to the Old boys of the school who had died in the two world wars. I can remember as a young boy reading the list of names and the words that were written underneath them which were:

I had never come across these words before and I did not realise then that they come from the famous poem by Laurence Binyon. Of course I have heard these words countless times since at Remembrance Sunday services and seen them engraved on War memorials all over the country. But as a young boy they fascinated me and led me to find out about the wars that these men had fought and died in. And when I grew up I visited some of the battlefields where those men had died and learnt about the terrible suffering that they had endured.  And when I was growing up the names on the war memorials at my school and in our town were very real to me. Because they were the names of family members such as my great uncle James Sparkes who had been killed during the Battle of the Somme during the first world war. They were the names of relatives of friends who I grew up with. And the wars themselves were remembered by family members who lived through them, like my granddad who fought on the Somme and my dad who was a radio operator in the RAF in the second world war, whose only experience of going up in a plane was in a Wellington Bomber over Chesterfield which was enough to scare the life out of him.

But now I suspect that for many of us the names on the war memorial across the road which we will gather around later this morning are just names. Those names may of course bring back memories of lost loved ones to some of you here but for the majority of people who pass by that memorial every day they are just names carved in stone. And that is a great shame because I think that it is important to remember the people that they were, where they fought and died and what they fought and died for. Because I feel that remembering them as individuals is the true meaning of remembrance.  When we go across the road the first name that we will see on the memorial is that of George Brown. George lived on the green here in Romanby and he sang for many years in the church choir at this church. Picture him stood behind me in the choir stalls. He served in the Durham Light Infantry in the First World War and died during the Battle of the Somme on 29th September 1916. He was only twenty.

A bit further down the memorial is the name of Harold Senior who used to live with his wife Maud at Orchard House in Romanby and used to be a member of  Romanby Cricket Club. He died of mustard gas poisoning in France less than a month before the end of the first world war.  Just above him on the memorial is listed the name of William Morrison who has the unfortunate distinction of being the last local man to be killed in action before the armistice was signed on 11 November 1918.  Although William Morrison was the last local soldier to be killed before the armistice he wasn’t the last local soldier to die in the first world war. Commemorated on our War Memorial is Sydney Weighell who served with the Yorkshire regiment. Sydney was taken prisoner of war in March 1918 and after the war had finished he was killed on 20th November 1918 as he was making his way home through France.

When we get onto the names from the second world war we come across that of John Leslie Mackintosh. He lived in Hambleton Avenue which is just the other side of Boroughbridge road from here. He went to the Grammar School here in Northallerton and he was a good footballer and cricketer. As soon as he was old enough he joined the local squadron of the Air Training Corps. That squadron is still going and the cadets came to All Saints last Wednesday and we had an act of Remembrance during which we remembered Leslie. After he left school Leslie went to work as a clerk at County Hall and in December 1941 he volunteered for the RAF where he trained as a wireless mechanic. In June 1944 he took part in the Normandy landings and he lost his life in Normandy on 16th August 1944. He was just 21 years old.

The last person from the war memorial that I want to tell you about is Frank Catchpole. He used to live in the railway cottages here in Romanby. On leaving school he went to work for a farmer at Hutton Bonville where he learned how to plough with two shire horses, now a long forgotten skill. Later on he worked with his father as a linesmen for the LNER at Darlington.  He volunteered for the army when he was 17 but was turned down because he was too young. He was finally allowed into the army on 21st January 1939 and joined the Royal Army Service Corps. In May 1940 he was caught up in what was known as the Blitzkreig when the German army swept through France and the low countries. He was killed on 17th May 1940 defending the Neuport Bridge near Ostende in Belgium. He was 23 years old.

Those men are some of the real people behind the names on our war memorial. They were just like us, they went to school, they played cricket and football, they had ambition and hope for the future. John McCrae captured that notion beautifully in his famous World War One poem In Flanders Field when he wrote:

“We are the Dead. Short days ago
We lived, felt dawn, saw sunset glow,
Loved and were loved, and now we lie
In Flanders fields.”

And it is right that we should remember those men who are listed on our war memorial as well as all those men and women who have died in conflicts since, because they fought for important values. They fought to defend freedom and democracy. They stood up against the bullies for those who were being oppressed. They recognised the evil of fascism and were willing to lay down their lives to stop it. We are who we are today because of those men and women, we enjoy the freedom and peace that we have today because of those men and women. We remember them as real living, breathing individuals not merely as names on a memorial.

In a short while we will leave this church and cross the road to our war memorial to give thanks for those from our community who gave their lives so that we might enjoy peace and freedom. And as we do so let us remember that they were real people just like us. Let us remember them as the individuals they were, let us pray for those individuals who are still risking their lives for us in places such as Afghanistan and let us thank God for the peace and freedom that we enjoy.

There are no upcoming meetings.