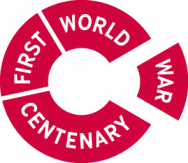 The Romanby War Memorial and small park, are at the centre of Romanby village in North Yorkshire.

Built and unveiled on March 19th 1927 (at a cost then of £500), the memorial is a tall clock tower, with names inscribed of the soldiers, sailors and airmen from the village, killed in the First (and Second - added later) World Wars.  There is also a small grassed/garden area immediately adjacent to the Memorial, donated in 1930.

The Romanby War Memorial and small park, are at the centre of Romanby village in North Yorkshire. As part of the commemoration of the 100th anniversary of WW1, Romanby Parish Council is carrying out a full refurbishment (clean) of the Village War Memorial Clock Tower, and we are also improving the garden adjacent to the memorial, to create a beautiful, tranquil memorial garden area that can be accessed and enjoyed by ALL members of our community, both young and old, able-bodied and otherwise.

We have involved the local community (including youth, social and faith groups) in this project throughout all the work; learning resources, based on the history of the individuals commemorated and the stories of their families and way of life, for use in future years, have been  produced by/for the schools as part of this work.

Improvements to the memorial garden include wider, safer footpaths (fully accessible for disabled persons), new seating areas, new gardens, borders and trees/shrubs, as well as a full clean of the main memorial clock-tower (including eventual refurbishment of the clock mechanism).